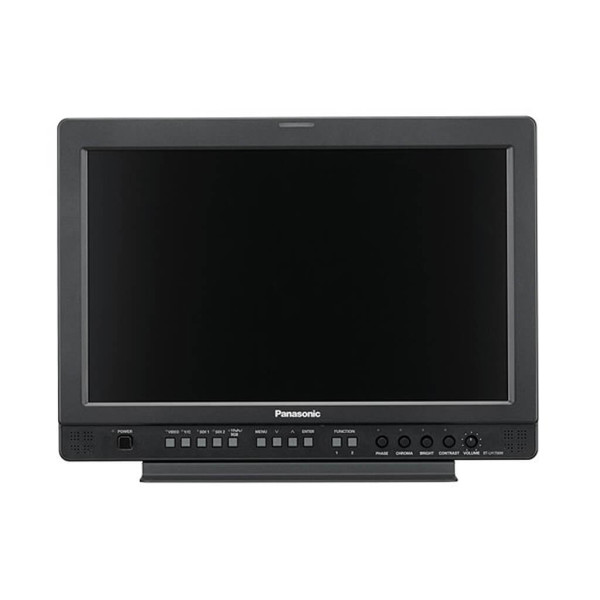 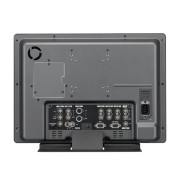 The Panasonic BT-LH1700W is a 17″ widescreen monitor designed for broadcast and studio applications. It utilizes advanced processing technology to reproduce images with color and contrast qualities once found only in CRT monitors. This model is capable of displaying all the HDTV formats and frame rates as well as being NTSC and PAL systems compatible. The BT-LH1700W is suitable for broadcast and professional applications. The monitor compensates for RGB accuracy in 256 discrete steps. Read More

The BT-LH1700W uses a technology to produce the same EBU-based colors as CRT monitors. Colors on CRTs appear different from those in LCD monitors due to slight differences in the monitor’s chromatic range. Color-Space Conversion compensates for these differences.This monitor is compatible with multiple HD and SD formats. Two SDI inputs with automatic switching between HD and SD comes standard. The monitor is also equipped with one SDI output, a Component input (Y/Pb/Pr) with RGB switching, Y/C and Composite Video. The RGB input selection is compatible with computer input.Here’s a custom feature: The BT-LH1700W will display the input signal as a waveform image. The waveform monitor screen can be picture-in-picture on top the video image and the overlay picture can be placed in any of the screen’s four corners.

A frame of video can easily be frozen and displayed as a still image on the left side of the screen. This function can be utilized to match a live camera with a frame of video shot at an earlier time or with a different camera. There are two display modes: FULL for displaying and comparing the entire image on the screen, and PART for displaying and comparing only the center part of the images.